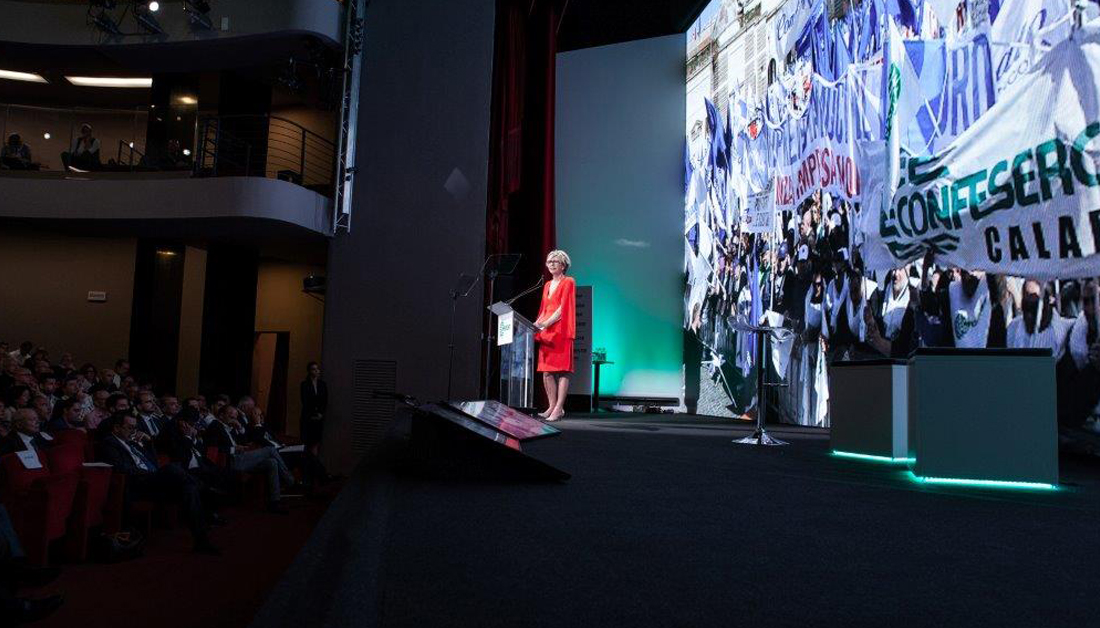 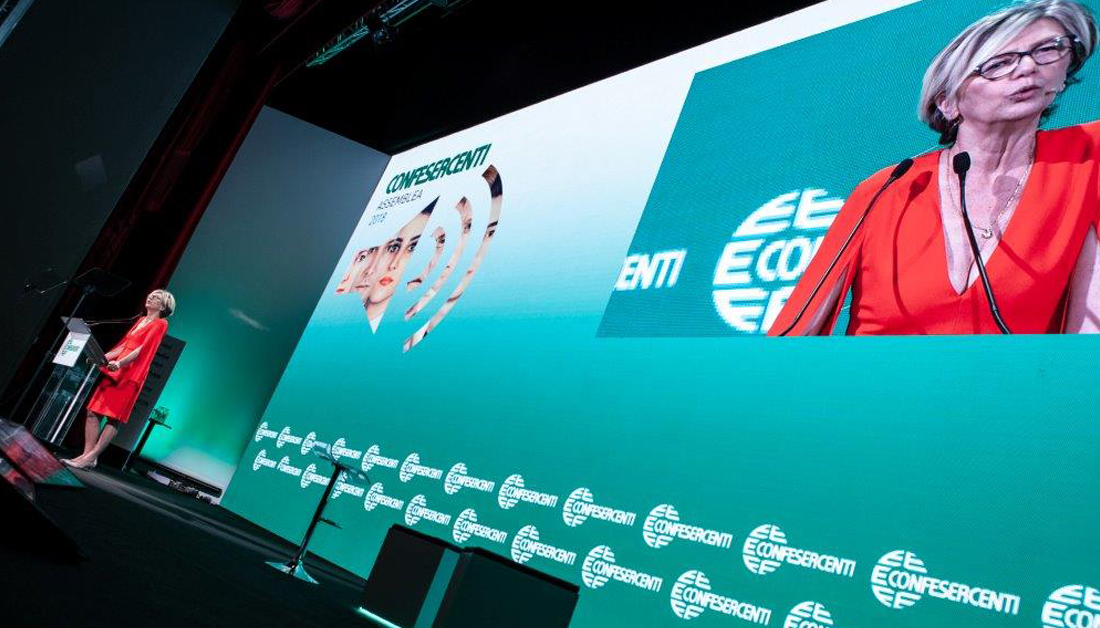 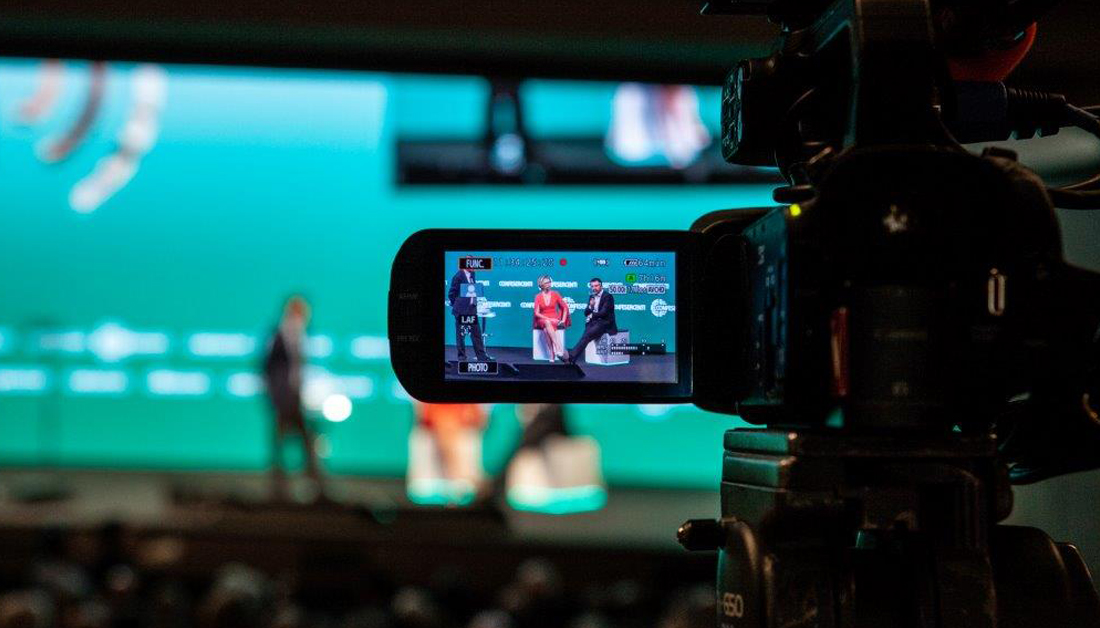 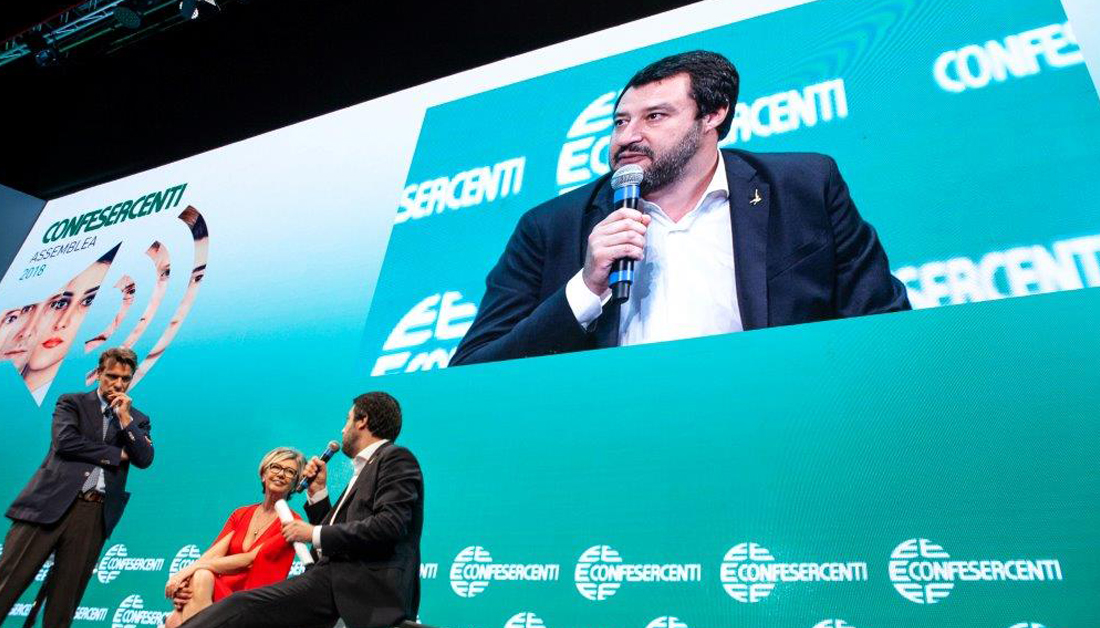 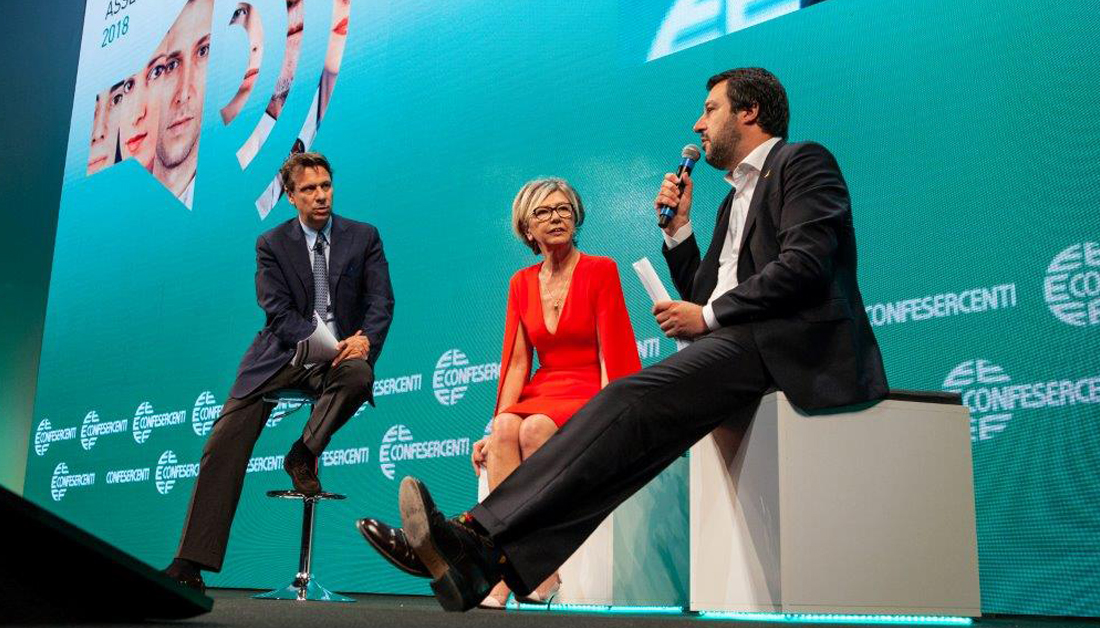 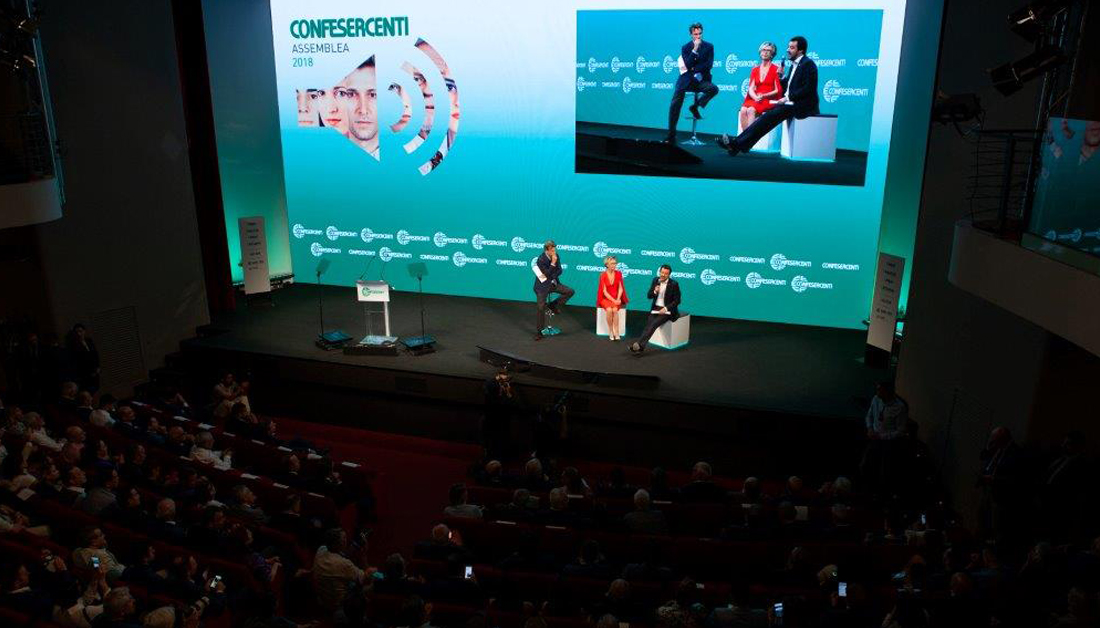 The 2018 Confesercenti National Assembly took place on 13 June in Rome at the Teatro Eliseo. Special features of the event, the “widespread assembly” format, with the simultaneous broadcast in the cities of Milan, Naples and Catania. The 4 locations have been interconnected via two-way satellite links, capable of creating a single audience and with the possibility of involving all those present as on a single square. The live event was available live on the Confesercenti website. For the realization a video direction was used on the Rome event with four full broadcast cameras. A 12 × 6 meter LED screen was installed too, step 3.9.